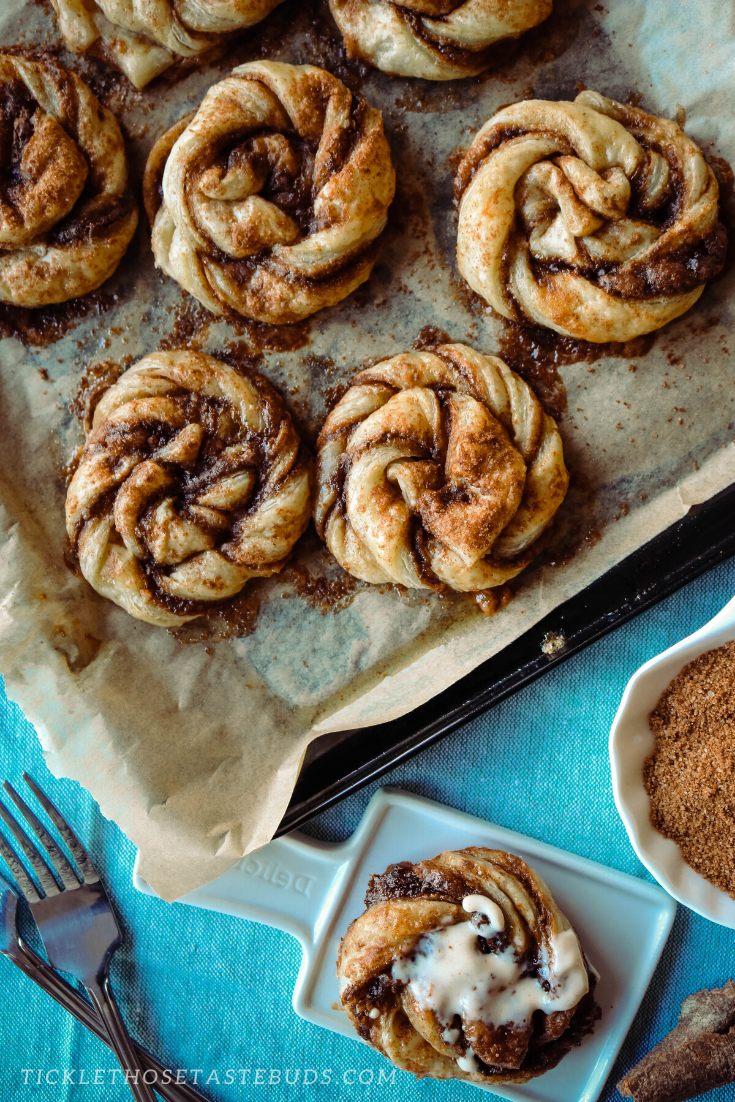 Are you craving something sweet, warm, buttery and decadent? I have the perfect recipe to satisfy those craving. These Swirly Cinnamon Roll Knots are scrumptious, gooey, cinnamony and all things cinnamon rolls (cinnabons) minus the long baking process.

Yes, this is a short-cut recipe that you can easily whip up in 30 minutes. The recipe uses very basic and minimum ingredients and it’s so simple, that even those who don’t like to bake would love it. It’s quick, easy and utterly delicious.

If you love cinnamon rolls, or when those Cinnabon cravings hit and you don’t have the time to prepare the dough, etc., these Swirly Cinnamon Roll knots are definitely the closest best to make. Unfortunately, we don’t have Cinnabon here in Ireland, so when I made these my husband absolutely loved them.

For this recipe I used Organic Ceylon Cinnamon powder from Buywholefoodonline, it has a nice warming flavour that adds a rich and strong flavour to these Cinnamon Roll knots. The recipe uses flaky and buttery puff pastry that is baked to perfection with cinnamon-sugar goodness and drizzled with cream cheese frosting for a perfect finish and a no-fuss treat.

After making the Swirly cinnamon roll knots, if you are left with the cinnamon-sugar mix – use it in other recipes like French toast, spiced lattes or any other sweet or savory dishes.

Since it’s a short cut recipe so we’ll be using the store-bought puff pastry sheets. Simply thaw the pastry sheets at room temperature for about 30 minutes. Typically, the box has two sheets, so in the recipe, both the sheets will be used.

Now preheat the oven to 190 degree Celsius (400F), once the puff pastries are thawed

Prepare the worktop by sprinkling some flour. Unfold 1 puff pastry sheet and roll it out to a 10-inch square. Brush the pastry generously with salted Butter end to end.

Then sprinkle the cinnamon-sugar mix on the top (be generous) edge to edge. The filling might leak while baking but it’s good – I promise. Keep aside.

Now unfold the second puff pastry sheet and roll it out to a 10-inch square. Now carefully place this sheet over the puff pastry with cinnamon-sugar mix. Lightly roll the sheets together using a rolling pin.

Now cut the pastry sheet into ½ inch wide strips. Twist each strip and roll into a “knot”

Place the knots onto the lined baking tray about an inch apart.

In a small bowl, crack an egg, discard the yolk. Add a tablespoon of water and whisk. Brush each knot with the egg wash.

Bake for about 18-20 minutes or until the knots are golden brown. Remove from the oven, let cool for 10 minutes. Drizzle with cream-cheese glaze and Enjoy!

How To Make The Cream Cheese Glaze

In a small bowl, melt the cream cheese in microwave until its soft (about 20-30 seconds).

Why These Cinnamon Roll Knots Work 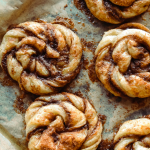 This post may contain affiliate links. Please read my disclosure.

For Your Pinning Pleasure 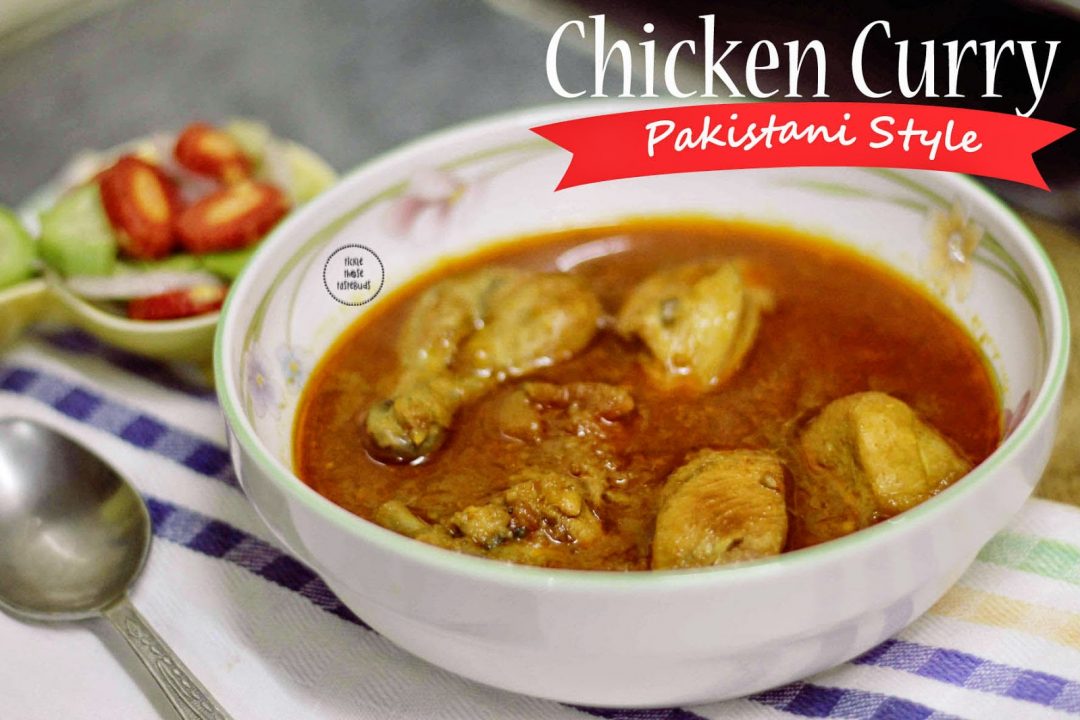 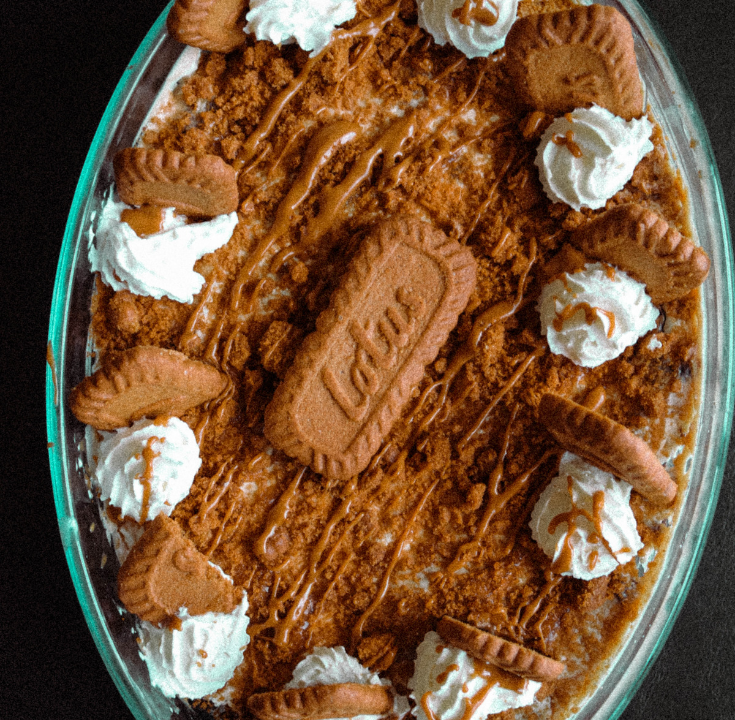 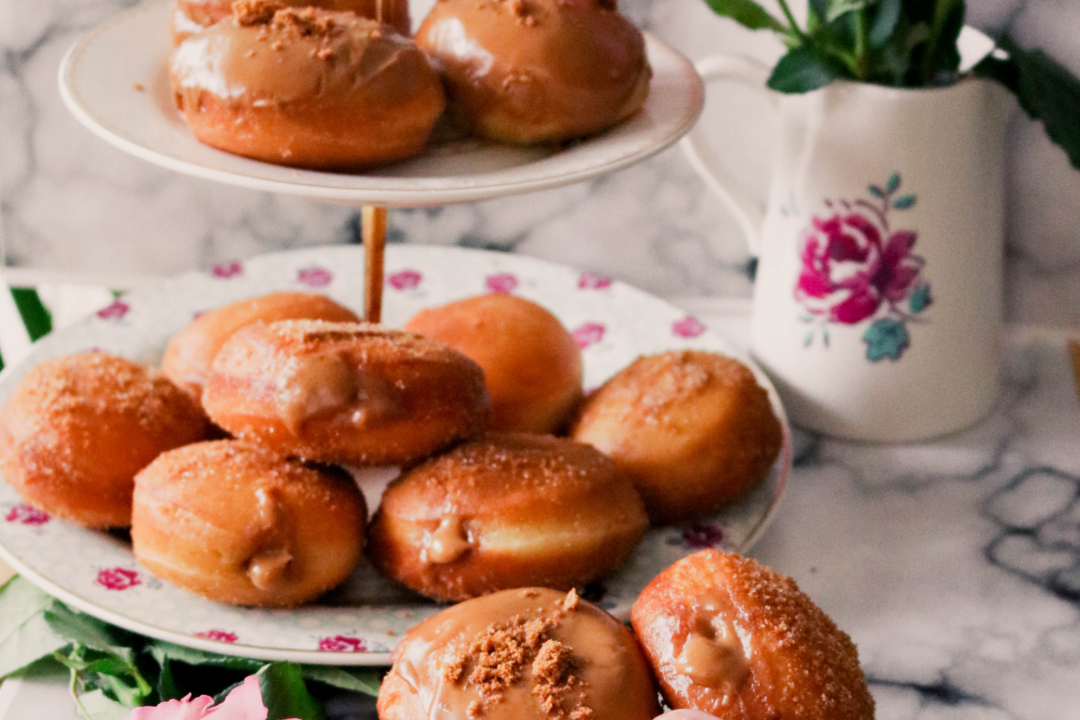